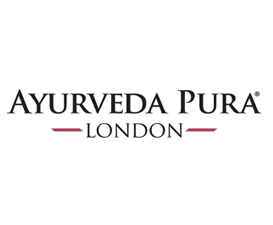 Every one has some idea of Yoga as it has become an integral part of health and fitness. But Yoga is not only about performing certain positions and breathing exercises. When combined with Ayurvedic principles, the effects of Yoga practice are enhanced. This includes a lifestyle which comprises of food, diet, massage, Yoga according to a persons body type (Vata, Pitta or Kapha).

Each Yoga position or Asana has a particular effect on all the three Doshas (or body types). Some Asanas are more beneficial to a particular body type than the other. This can be compared to foods in Ayurveda which are classified according to their effects on Doshas. Some foods are more beneficial than the others for Vata, Pitta or Kapha body types. The same rule applies to the six tastes in Ayurveda (sweet, sour, pungent, salty, bitter and astringent).

Because a particular Yoga position is not beneficial to a body type does not mean that it has to be completely omitted from practice. On the contrary, it has to be performed in such a way that one is protected from any imbalances.

Ayurveda does not view Yoga positions as static forms that increase or decrease Doshas. It considers them as energy carriers that help balance Doshas when performed correctly. This can be compared to Ayurvedic principles of food intake. Although individual food articles tend to increase or decrease Doshas in ones body, it is very important to bear in mind how the food is cooked and prepared. Combination of food articles, spices added while cooking etc play a very important role along with the food articles themselves.

According to Ayurveda, certain tastes (sweet, sour, pungent, salty, bitter and astringent) increase or decrease certain Doshas in the body. But at the same time one needs to integrate all the six tastes in every meal to balance all the three Doshas. The important thing to remember is the dominance of the beneficial tastes.

Hence a balanced Yoga practice is like taking a balanced meal everyday which includes all the six tastes and all the important nutrients (proteins, carbohydrates, sugars, fibres, vitamin, minerals etc) but concentrating on Asanas that are more beneficial than the others.

Yoga practice can also be compared to Ayurvedic herb combinations. Sometimes single herbs are not as effective as herbal combination as these herbs enhance the effects of the other herbs when given together. The same principle can be applied to performing groups of Yoga positions that enhance each others effects.

To be able to advise Yoga positions effectively, a Yoga teacher must find out the following from their client:

The four main aims of performing Yoga are:

Following are some simple tips for a better effect during each Yoga session.